In Alaska, the golden eagle ranges from the Brooks Range in the north, south throughout much of the mainland, with limited distribution in Southeast, and rare occurrence in the Aleutians and the Alaska Peninsula. They inhabit areas that are open or barren, such as arctic and alpine tundra, prairie, open wooded country, and hilly or mountainous regions. Golden eagles typically breed in semi-open habitats such as tundra, grasslands, woodland-brushlands and coniferous forests. In Alaska, breeding occurs in areas of rugged topography or mountainous terrain, near or above treeline and along riparian areas. Nests are large (up to 3 m across and 1.2 m thick), and can be found on rugged alpine areas with bluffs or cliffs, but trees can also be used. Factors that influence golden eagle abundance include: food availability, severe weather, habitat availability, anthropogenic disturbances, and accidental poisoning (caused by ingesting poisoned meat intended for coyotes). 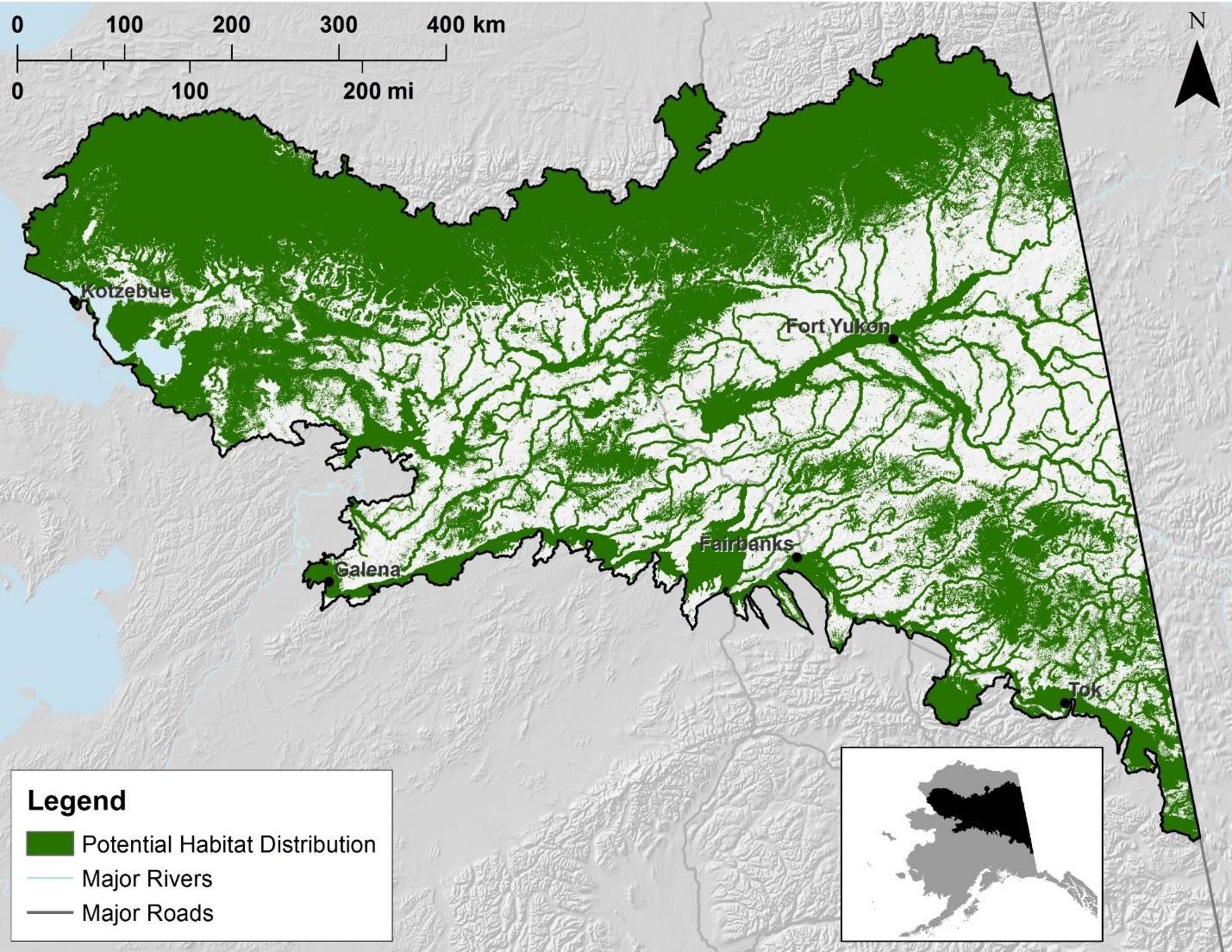 6 files in this archive