Survey intensity for non-native plant infestations in the area is not strong or consistent; we therefore developed an analytical model to identify areas that are perceived to be currently vulnerable to invasion by non-native plant species. This analysis is intended to supplement the empirical data, identify areas in which future surveys may be directed, and evaluate the potential change in vulnerability in the future. The analytical approach used here (variance partitioning via classification and regression tree) facilitates the evaluation of a large number of variables that may have non-linear relationships and complex interactions. This approach has been used elsewhere to understand patterns of plant invasion vulnerabilities. The purpose of this dataset is too identify vulnerability to invasion by non-native plants per 5th level hydrologic unit. We first determined the climate, habitat, and anthropogenic variables that are associated with watersheds having weed problems in Interior Alaska based on the AKEPIC dataset. We then determined which watersheds in the area match those climate, habitat, and anthropogenic variables currently. Finally, we determined which watersheds in the area are projected to have those climate, habitat, and anthropogenic variables in the future. Overall, we anticipate that invasive plant establishment will be geographically restricted in the current, near-term future, and long-term future. 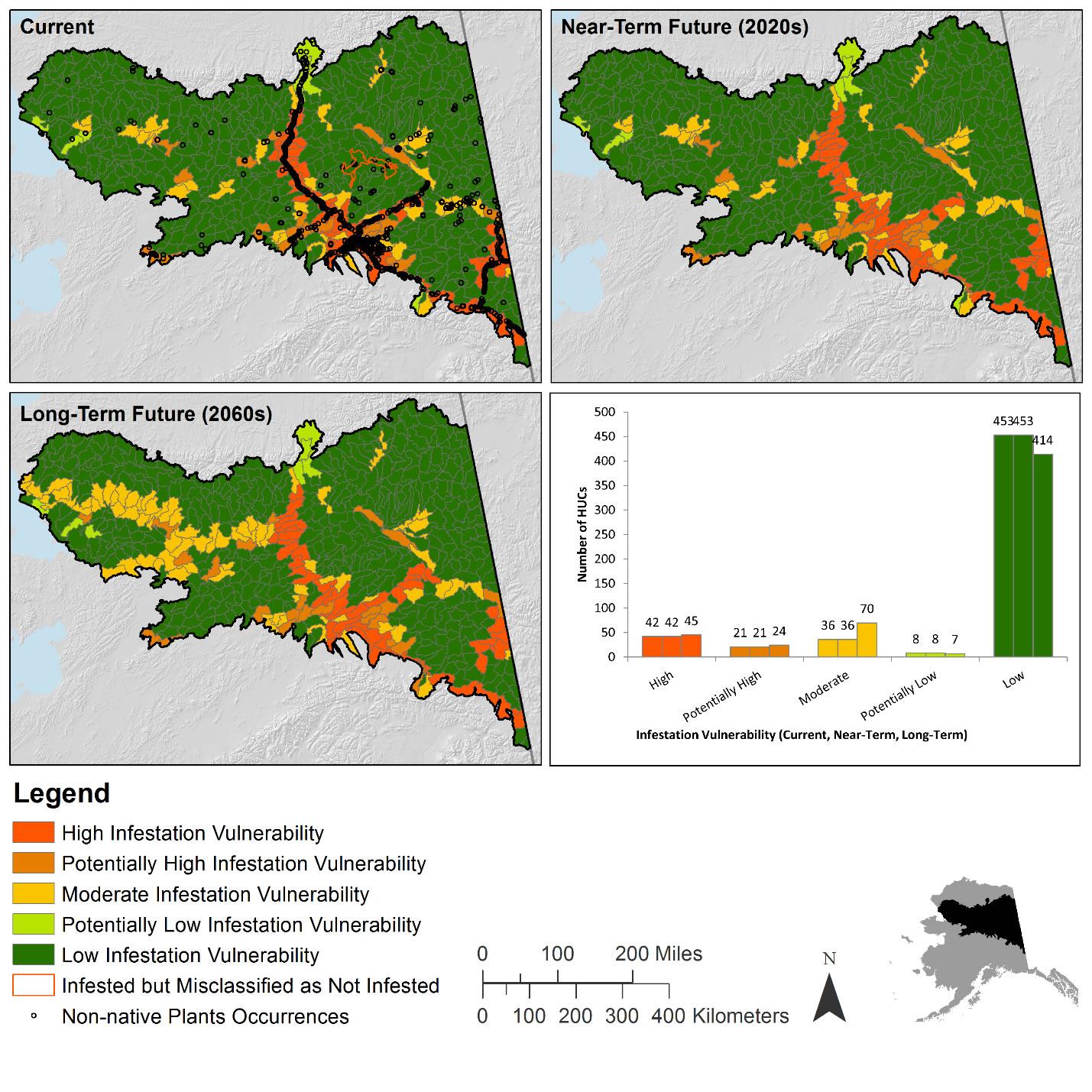 14 files in this archive